For centuries it has been disregarded that the ancient cultures that dwelled in Central and North America before Europeans discovered the continent all were very advanced and highly developed both socially, spiritually and politically. Much of the ancient wisdom has unfortunately been lost because of the persecution and extermination of the indigenous peoples, but fortunately some of those who today are the carriers of the old traditions have seen that the knowledge is universal and for all the people, and thus have begun to share it with the rest of the world.

One of the consequences of modern lifestyles is, that we humans have forgotten who we are and from where we originate. We have forgotten that we are spiritual beings, that we are an integral part of the universe and that the planet we live on is our real mother. As a result, we have lost sense of direction and sense of purpose and have walked a path that could lead to our own destruction. Fortunately more and more people sense this in this time. We are (re)discovering that the old wisdom is encoded in our genes and is found everywhere around us. To start remembering who we really are as Human Beings is only a matter of reconnecting with Mother Earth and start listening to Her again.

There are many roads that can lead to this realization. One of them is “The Medicine Way”. It is also known as “The Beauty Way” or “The Good Red Road”. 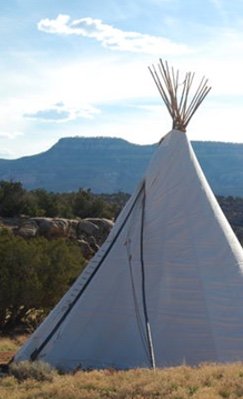 The tradition is thousands of years old. It has it’s roots in Mayan and pre-Mayan cultures in Middle America and in its current form it is based on fundamental values such as:

The teachings have always been passed down orally from generation to generation by those who were the “Keepers”. The Keepers took responsibility for keeping the tradition alive and for passing it on by training new Keepers. Until recently, the tradition lived underground, because it barely survived the recent centuries of massacre on the indigenous peoples of North and Central America. Not long ago it was close to become extinct and is today kept alive solely through 3 Keepers – all american citizens – who have chosen to open parts of the tradition to everybody who is interested regardless of culture and skin color. This choice was made in recognizing that the wisdom is universal and thus for all the people and that humanity is moving in an unhealthy direction, which is why it’s needed that as many humans as possible are offered the opportunity to rediscover the ancient wisdom.

The Delicate Lodge Tradition is non hierarchical and based on consensus democracy.